My husband and I definitely wanted kids and I just couldn't imagine being an overweight mother. I want to set a good example for my kids and to run around and play with them without being limited by my weight.

This success story is originally from Germany.

I have an entire lifetime of failed weight-loss attempts behind me. It all started as far back as my childhood. My entire life, adults had, more or less, directly told me that the way I was was not okay. Although, I was actually a pretty athletic kid. Not a very nice experience. Being bullied by kids my own age was actually never a problem. It always seemed to be the adults.

In my late childhood and adolescence, I only suffered from being slightly overweight, but I never managed to get rid of the extra weight. The many weight-loss attempts, with support from my mother, only helped me temporarily lose weight, but soon enough, I would gain even more back. Accupunture, cabbage soup diet, vegan and and and...I tried everything.

"I would like to share my story because I want everyone to know that they can do it! You just have to believe in yourself! Every day!"

Once I moved out after high school, I finally felt "free" with my diet. A year abroad in Australia contributed to me gaining more and more weight. During state exams and an internship, the pounds kept coming.

During this time, I finally got to the point where I decided that I would try to just accept myself the way I am. I started believing what others had told me. "Your body wasn't made to be skinny.", "You could maybe lose a few pounds, but you'll never be skinny.", "The amount of weight you need to lose just isn't possible."

I thought, maybe it's okay to just be like I was. I had a nice life, a great job, the best husband in the world and there wasn't anything else that was going bad for me. Why try to lose weight?
A frustrating situation. On one hand, I was definitely happy, on the other hand, I had given up. Last year, I attended an advanced training course and met a colleague that had lost 95 lb within 9 months. That sparked something in me again. I was finally ready to believe in myself again and give it another try.

I didn't set any particular goal weight for myself in the beginning. I just wanted to see how it would go.
Once I realized how quickly I was making progress, I had the courage to set my sights higher. I wanted to lose 110 lb. I've already done that. Unbelievable! My new goal is to cut my weight in half and reach my ideal weight. I would like to lose a total of 150 lb. And that best part is, this time, I know I can do it!

In addition, I want to stay healthy! Up until now, being overweight hadn't brought any grave health problems with it. But sooner or later, that would have been the case and I wanted to avoid that! I only have one life and I'm not going to ruin it or shorten it!

Another goal I had was to get fitter. I was definitely fit, considering the amount of weight I was hauling around, but not fit enough. It's so nice, now that the pounds are disappearing, to feel how much fitter I'm becoming and to see all of the things I can do.

My husband and I definitely wanted kids and I just couldn't imagine being an overweight mother. I want to set a good example for my kids and to run around and play with them without being limited by my weight. And when I'm pregnant, you should be able to see it, and not have to wonder if I'm pregnant or just fat. My kids should grow up with a healthy relationship to food. It was clear to me that I could only do that if I, myself, learned to have a healthy relationship with food. 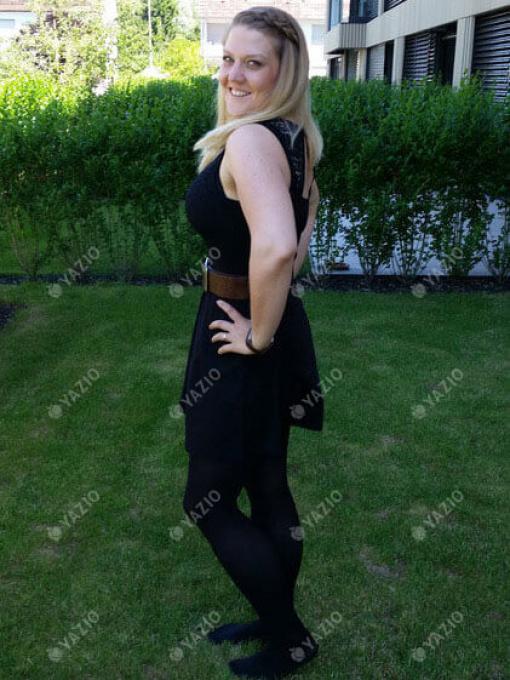 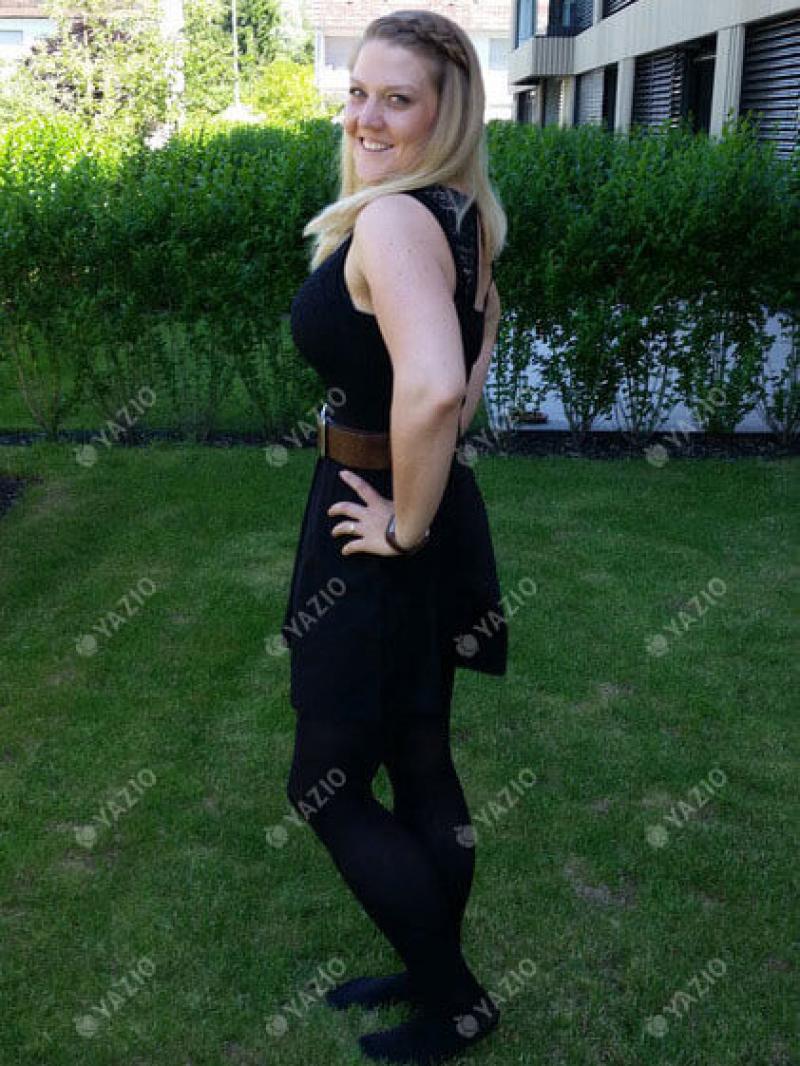 I realized the secret wasn't any particular diet. Instead, it's important to change your eating habits. I started metabolic therapy in October. Through Instagram, I learned about calorie counting and YAZIO and started it pretty quick thereafter.

Since then, I've been weighing everything I eat, I log it in the app and I make sure to stay within my calorie limit.

There are no prohibited foods! That's really important for me! Whenever I prohibited myself from eating something, sooner or later, I would start craving it. That's the reason previous diets never worked. You avoid a particular food for a certain period of time and then you "stuff" yourself full with it once the diet is over.

That's why calorie counting is the only true way for me. Everything is allowed, but in smaller portions. I drink at least 3 liters of water per day, although I actually try to drink more. I also try to ensure that I'm eating a lot of protein. Protein keeps you feeling full longer and helps build muscle. It's a win-win.

Have fun with it and don't torture yourself

In addition to dietary changes, I also started exercising.
When I first started, I simply went for a walk every day. My husband really helped support me in this! With class 3 obesity, you can't just suddenly go from 0 miles to 6 miles of jogging. That's something you have to be aware of. I got myself a fitness tracker and began walking at least 9,000 steps per day. I slowly increased the amount over time.
In January, I signed up for the gym and try to go at least 2 times a week and train on the workout machines.
I also recently started jogging. A few months ago, I could have never imagined that, but it's really fun.

Walks with my husband have slowly turned into weekend hiking trips. We enjoy the time together and look forward to being out in the fresh air. 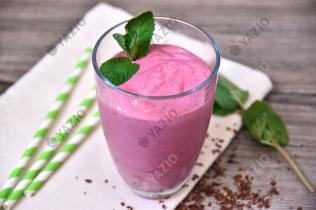 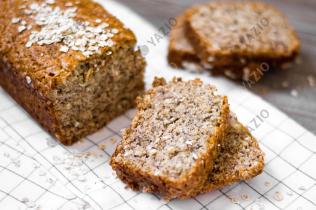 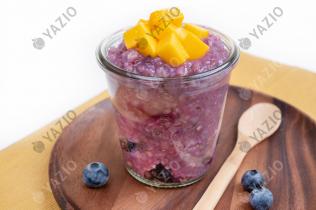 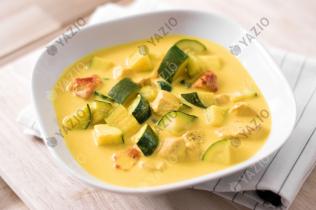 Calorie counting is so easy with YAZIO and saves so much time! Until now, I haven't bought any products in the supermarket that weren't already in the app.
I simply weigh everything, search for the item in the app and add it. The app does everything else. I then have a perfect overview of what I've eaten throughout the day. I also really like that you can save frequently used recipes in the app. That makes logging even quicker.

Luckily, I haven't had any really big setbacks yet. Although, I did see plateaus every once in a while where my weight wouldn't change at all. Sometimes we pay too much attention to the number on the scale.

In these situations, I tried to remember that water retention was responsible a lot of the time. Plus, you body changes with exercise. If you're in a calorie deficit, you can't gain weight!

And when you're burning fat, but gaining muscle, it can be a while before you see any change in weight.
The good news is, plateaus often come at a time when you're rapidly losing weight. I always try to keep that in mind.

Looking at before and after pictures also helps me. There's no better motivation! Not every day can be a good day, but as long as you're moving in the right direction, everything is good! Sometimes you have to look at pictures to actually see how far you've come and just be proud of what you've accomplished. That's definitely allowed!

I would recommend a lot of vegetables and protein. That way you get a big amount of food for few calories. Although, everyone is different. In the end, you have to find what's right for you.

I also find it really important not to be too hard on yourself! There were A LOT of days during my weight loss that I didn't count calories and just enjoyed what I was eating. Days like this are important!
Avoid unbareable cravings by not prohibiting everything! You're not going to get fat by going a little overboard on one day, just like you won't get skinny from one day of fasting!

It might sound corny, but it's soooo true: Balance is key!

Don't be so hard on yourself! Never forget that you're losing weight in order to enjoy life more! So, have fun during your journey and don't take everything so seriously!

When you start exercising, don't expect too much from yourself! Marathon runners aren't born overnight. Start small...your stamina will improve. Before you know it, everything will be easier for you!

I haven't completely reached my the goal I set yet. I've still got 9 lb to go. I hope that I can still accomplish that this year.
After that, I will work on maintaining my weight and toning my body.

I will definitely continue counting calories because it has been so helpful and brings a bit of security for me.

For those who have almost given up hope, like I did, I want to make sure they know that it's worth fighting for!
It's possible!
YOU can do it!!!

Like I said, I was never bullied. I always had good friends and never had a problem when it came to dating. My husband married me at my heaviest and he was never fat! It's important to remember that your figure isn't everything. You have to make that clear to yourself.

Even if we'd like to think so, not all problems that we have will magically disappear when the pounds do.

Although, things definitely get a lot easier. I think a big part of that has to do with improved self-esteem because you can just be so proud of everything that you've accomplished. I'm still overweight and still have problem areas like I had before, but they don't bother me like they did before! Sometimes I think that I've lost practically zero weight on my upper arms, but it doesn't matter to me! They're my arms. I like myself just the way I am now and, for me, that's an indescribable feeling!

Of course, I lost weight for myself, but it's definitely nice to be able to prove all of the people wrong who said I could never do it!

I would like to share my story because I want everyone to know that they can do it!
IT IS POSSIBLE!
You just have to believe in yourself! There will be good and bad days, that's normal! You can never throw in the towel!

Set goals for yourself! Small, big, it doesn't matter! But set goals and do everything you can to reach them.
If you believe in yourself, nothing can stop you!
And if someone tells you that it's not possible and you'll never accomplish your goals, just remember, that's their problem not yours!

Smile, ignore and prove them wrong!
I can tell you one thing: THAT is an unbelievable feeling! 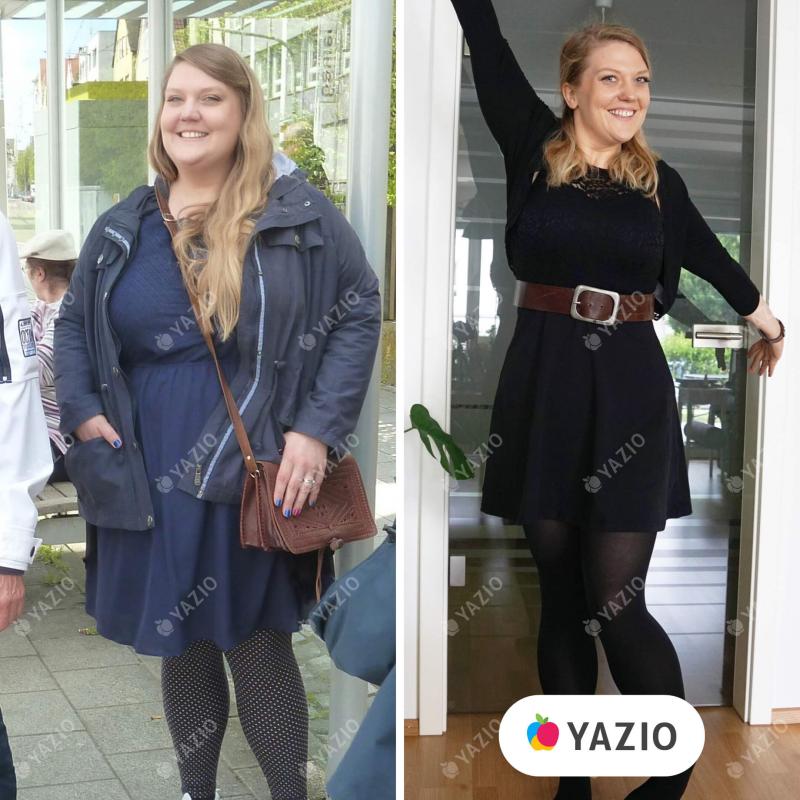