First and foremost, I didn't want to die at 30. If I would have kept eating like I did, that would have happened. At least, that's how it felt. It would be a lie to say that my health was the only goal at this point. I didn't feel good about myself anymore. The constant, extreme sweating, the shortness of breath after the smallest of efforts, the "having to get up out of the chair so that I could finally breath" situation...

For me, I didn't have any epiphany that lead me to finally lose the weight. I wasn't lacking in reasons, even apart from overall, extremely strong discomfort. I had severe sleep apnea (50+ episodes per hour), I snored about as loud as a jet (for the amusement of my wife), I had an extremely fatty liver, high blood pressure, unbelievably terrible blood values, started sweating after just a few steps... the list goes on and on.

Apart from that, there were other practical examples of problems my weight caused: I had to be proactive in choosing seating (couldn't be too rickety, no side panels, as deep as possible), we had to replace the toilet seats 3 times a year because they were breaking, had to reinforce the spokes for the e-bike that was already meant for XXL people, and "normal" stores didn't carry size 6XL (and if they did, the selection was more than limited). One time, when I was searching for a rain jacket in 4XL, the search results showed me an RV awning- no joke.

Before my success story, I had plenty of other weight-loss attempts behind me, but the dreaded "yo-yo effect" always caught up with me. In 2008/2009, I managed to reduce my weight from 289 lb to 209 lb. With exercise. A LOT of exercise. At work, I couldn't keep up with the workload and, with plenty of ups and downs, I weighed in at 346 lb by 2018. I couldn't keep holding on to the success from "back then". Circumstances had changed too much. Plus, at least for me, it was twice as hard to lose the weight knowing that I had already succeeded and then messed it up again.

First and foremost, I didn't want to die at 30. If I would have kept eating like I did, that would have happened. At least, that's how it felt. I was lucky and had at least been diagnosed with sleep apnea and could treat it. It could be that my weight loss wouldn't have been possible without this treatment since I was always so exhausted. But obesity has so many other side effects- I don't even want to think about them anymore.

It would be a lie to say that my health was the only goal at this point. I didn't feel good about myself anymore. The constant, extreme sweating, the shortness of breath after the smallest of efforts, the "having to get up out of the chair so that I could finally breathe" situation...My life revolved around these kinds of problems. I was so busy with my own problems and always in a bad mood that I had no time to be there for my wife, kids or others. I didn't want to live like that anymore! 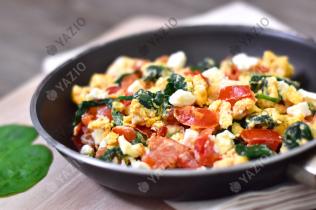 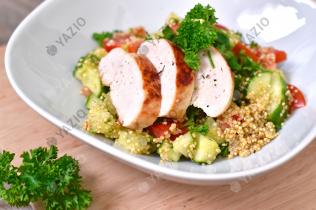 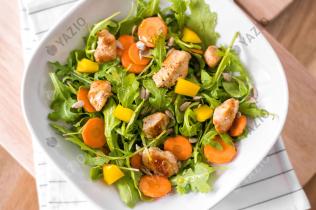 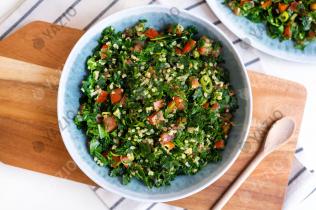 In desperation, I asked my doctor- who was also a diabetologist- for help. I would have done anything: Support groups, nutrition consultations, surgeries, just anything. Instead, he suggested ominous mood enhancers that, as a side effect, could reduce my appetite. Even without the knowledge that I have now, I knew this wasn't a sustainable solution. My wife said at the time that I would have lost the weight a long time ago if I would give as much attention to my diet as I did to work and other interests. She said it would be ideal if I turned nutrition into one of my hobbies. I don't know why I hadn't thought of that before, but it really was a good idea.

Find a way to change your daily diet sustainably

Go your own way and, above all, listen to your body

So, I tried to find some more interest in nutrition, and I was successful. I went through one book after the other and this cleared a path for me that really worked: A big reduction in calorie intake, a lot of protein and healthy fats as well as good carbs in moderation. I went almost an entire year without snacking. I found out that, for me, a protein-rich, "voluminous" meal would keep me feeling full the longest. In the morning, I ate mostly yogurt with high-protein cereal, for lunch, I would make myself a salad in the cafeteria (with a focus on legumes and fish), and for dinner, I would usually make a vegetable dish with whole-grain noodles and some meat, fish or eggs. I also decided not to consume the calories that I'd burned through exercise, although I already had a pretty large deficit. I also made sure I was eating a balanced diet and consuming enough essential vitamins and minerals for my body. I regularly had these checked and confirmed by the doctor.

In addition, at the beginning of my weight-loss journey, I started going to the gym 2 to 3 times per week to build muscle. Although, because of time restraints, I stopped after just a few weeks. I left it at table tennis 2 times per week. My main focus stayed on nutrition.

Tracking my meals is essential for me and YAZIO does a good job with it. What makes tracking so easy and convenient, and what sets YAZIO apart from its competitors, is the large food database and the easy-to-use functions that help you log foods quicker (e.g. the ability to log entire meals or recipes as well as save favorites).

I actually didn't have any setbacks the entire time, unless we're talking about short weight-loss plateaus (or what felt like plateaus). Only recently, when I've snacked on something, did I overindulge a few times and gain a few pounds back. Compared to previous weight-loss attempts, I don't let these setbacks get to me. I think it's really motivating to keep going after a setback and not let it get you down. It's particularly motivating to be able to undue the damage caused by setbacks. It's important to keep your eye on the prize and keep going.

Losing weight is a long-term goal. You don't accomplish it by "eating something different for a while". You have to continue adjusting your diet, meaning there's no defined end. Your weight-loss journey may come to an end, but not your changed eating habits.You have to be aware of this, otherwise there's no point in getting started. There is no magic pill or recipe that will make the journey easier. It just doesn't exist, otherwise, I would know about it... I could write a whole list of aspects that helped me get through my weight-loss journey. Although, I'd prefer not to do that. I learned myself that somethings that work for others don't work well for me and may even be a disadvantage for me.

In my opinion, the best tip I can give is: Find a way that makes a permanent change in diet work for you. To do so, it's important to read up on and understand the basics of nutrition and the metabolic processes of the body. It's essential to get to know yourself. For me, for example, I know that I'm very goal-oriented and lose interest quickly if I don't see immediate results. That's why I chose a large calorie reduction so that I would see big weekly results. I had to compensate this, however, with very specific dietary changes so that I wouldn't have any nutrient deficiencies. Others may be happy with cutting out less and losing 3 to 4 ounces per week, instead. That would would mean a higher calorie intake and wouldn't directly lead to a nutrient deficiency when a few nutrition mistakes are made.

It's important that I always have a goal in sight. My next goal is to build muscle since, right now, I think i look a bit too "skinny". Here, I will also use the same tactics as I did with my weight loss. I've spent a lot of time on the topic (still do), I've developed a (challenging) plan and I will stick to it.

Plus: After a successful night at the sleep laboratory, I can confirm: My snoring and sleep apnea are in the past! I've returned my CPAP and sleep without any support. I also sleep, to my wife's delight, much quieter now. ;-)

I assume that anyone who is overweight has had several weight-loss attempts in their past. Eventually, everyone comes to a point where they aren't sure if they can do it. And this is constantly reaffirmed, be it stories of failed weight-loss attempts or studies that show that 95% of all diets fail. You start to get the idea that nothing will work and you should just leave it. Maybe that's right. After all, YAZIO isn't really a diet, it's a dietary and lifestyle change.

I was also at this point of doubt. It wasn't until I saw the success stories in the YAZIO Facebook group that I was convinced that losing weight successfully is possible. They motivated me to keep going. I hope that my story can also serve as that "aha" moment for someone. 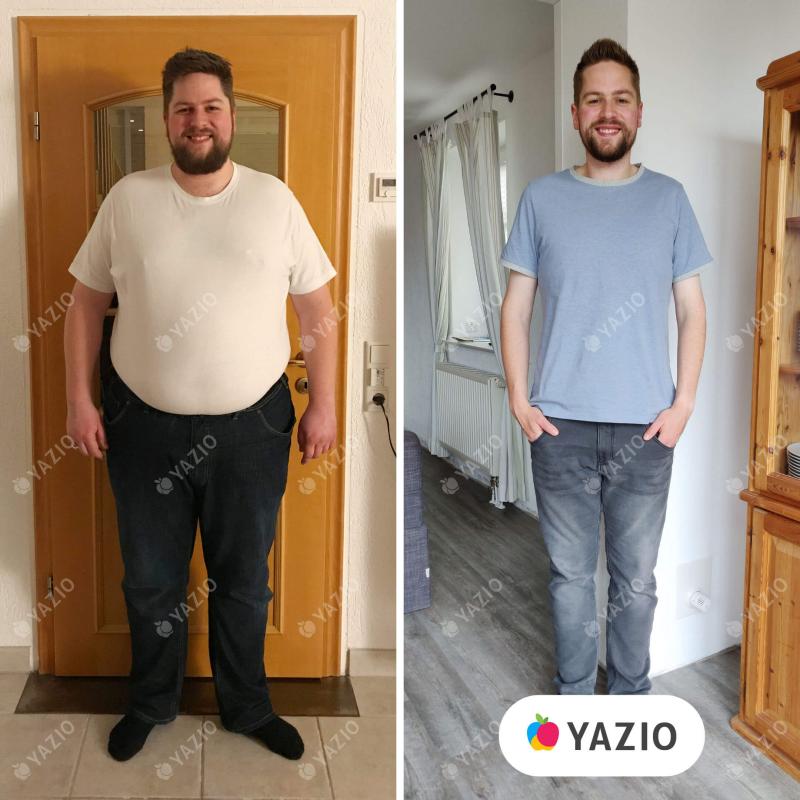